A crumbling foundation created a new foundation for ministry in Dickinson, North Dakota. Prairie Winds United Methodist Church, formerly known as Dickinson UMC, held worship in a new building on Sunday, September 9, 2018. The new church building is fantastic, but the spirit of the people to carry out the ministries and mission God is calling them to is greater.

A photo book of memories of Dickinson UMC.

The congregation was informed 20 years ago that the foundation under the 1917 wing was crumbling. The original plan was to add on a new multipurpose fellowship hall —worship center to the 1979 wing, and then eventually tear down and rebuild the sanctuary in place. But just as the congregation was moving ahead with that plan, the bank across the street informed Dickinson UMC they were planning to build on their half of the shared parking lot of the church and the bank. The two building projects would have left 12 parking spots. The bank offered to buy the church out, and the congregation accepted. With the funds from the bank’s purchase and the money the congregation had already raised towards renovating, the church was able to buy land and change plans to building new.

To make it all happen a building committee, with a diverse membership, was formed. Hutchens, the committee co-chair, said, “We had a wide diversity of people on the committee. Everyone agreed that youth are an important part of the church.  We decided to focus on the future, which are the youth and young families in our community. They will build our future.”

Rev. Dick Rinearson, who has served in Dickinson since 2014, shares that the building committee’s and the entire congregation’s focus on ministry for the future and where God is calling them have been key to the success of both the building and a flourishing congregation.

Children's and youth ministry in action at Dickinson UMC.

“I believe what has held us together as a congregation throughout this process was the vision we set for ourselves (and still have before us). Every Sunday we begin our worship service by proclaiming our vision statement together: Growing in God, Transforming our lives, Making a difference. It's the ‘making a difference’ part that I believe has really helped us keep our focus when everything was going wrong. The congregation has indeed been faithful in their attendance and in their giving. And, of course, we also learned that the church really isn't a building, however important a building is. The church really is the people. Our people have proven that over the past fifteen months,” Pastor Dick said.

Deb Wilson, who works with children’s and youth ministry, describes the teamwork of the building committee this way. “It was amazing to see the building committee form. We had a variety of people serve on the committee some young people with families to people in their eighties and nineties.  It was great to see how the group looked at what everyone needed to do ministry.”

The bank informed the church they needed them out of our building as soon as possible. The church would be without a church home for fifteen months. The congregation worshiped at a local funeral home, moved the office and church piano into the parsonage, filled three different storage units and the parsonage garage with "stuff," held Bible studies and meetings at one of the Lutheran churches in town, and moved the youth groups to the Rec Center.

“We basically adopted the motto: "If you can find us, you can join us."  We also started calling ourselves "The Has-Bin Church," because we were constantly carrying bins to unload and load back up again from one place to another,” Pastor Dick said. “On top of everything else, construction on the new building was continually being delayed for one reason or another. The process was supposed to take a year or less, we were told at the start of everything. It ended up to be fifteen months. It was really a draining process for the church leadership, and you could feel the energy level of the congregation dropping with each new setback.”

A cornerstone is removed from Dickinson UMC.

It was an emotional roller coaster for many long-time members of the congregation. “Our church building had been around for 100 years.  It was meaningful to a lot of older folks in town. When that was torn down it was rough at first and hard to see,” Wilson said.

Several parts of the old building have been incorporated into the new structure. All of the stained glass was preserved. About one-half is already part of the new building. The cornerstones from the first building through all of the upgrades will be incorporated into an outdoor display.

Fundraising for the $3.2 million building project has taken place over seven years. “In the first six years. We have raised $2.6,” said Hutchens. “The donations have been awesome and unbelievable. Over $500,000 came from people that were not members of our church. Members of our community and former members of the community have been generous donors. We received funds from the Dakotas Conference Builders Club.  It did not matter to us, we told people every little bit helps.”

Dickinson is multiplying. There is still a lot of people moving into the community. The school district reports an additional 240 students will attend school this year.  Some of them will be at the new $65 million middle school right across the street from the new Prairie Winds United Methodist Church.

The congregation is implementing new ministries, at a new site, with a new name. Rev. Kermit Culver, district superintendent for the Southwest District, suggested at last year's charge conference that the church consider choosing a new name to go along with their new building.

Pastor Dick said, “I thought to myself, no way that's going to happen. But to my surprise the congregation did it. We asked people for their suggestions. Then we started a voting process: choosing the top 50, the top 10, the top 5, the top 2.  Dickinson UMC didn't even make the top 5!  Kermit Culver was here for the final charge conference vote. The congregation overwhelmingly chose, Prairie Winds UMC for their new name.”

There is a whole new space and culture for children’s and youth ministry.  There are separate classrooms for different ages and also spaces for large groups to gather.

“We have lots of space now. We actually have classrooms,” said Deb Wilson.  “We can now separate the program and curriculum by age brackets—preschool, first and second grades, third and fourth grade and fifth and sixth grade. We also have space for confirmation—middle school and high school.”

Prairie Winds UMC is expanding their ministry to families with a new Wednesday night program with a meal.  Wilson says, “I can’t wait for our first Wednesday. It will be fun to see how many families and kids show up. We have been thinking about this a while and have asked, can we make it work?  The idea has snowballed. We kept building and building on the idea.  A lot of us just feel God’s hand at work. He is guiding us into this new era of ministry.”

One of the biggest goals is to connect with the students at the new Dickinson Middle School to the church. The congregation has a vision to start an afterschool program for middle school students—help with homework, a safe place to be, a place for mentorships and guidance.  It will be an effort of the entire community not just be about people at Prairie Winds church doing ministry.

In addition to Wednesday night programming, Prairie Winds UMC holds two worship services each Sunday. The 8:30 a.m. service is traditional and 10:30 a.m. is a contemporary service.

What is next?  Hutchens says, “You have to have that hope that God will lead the way. People have said that you will never get that done. But God guided us through.”

Watch this video from 2015 about the start of the building project in Dickinson. 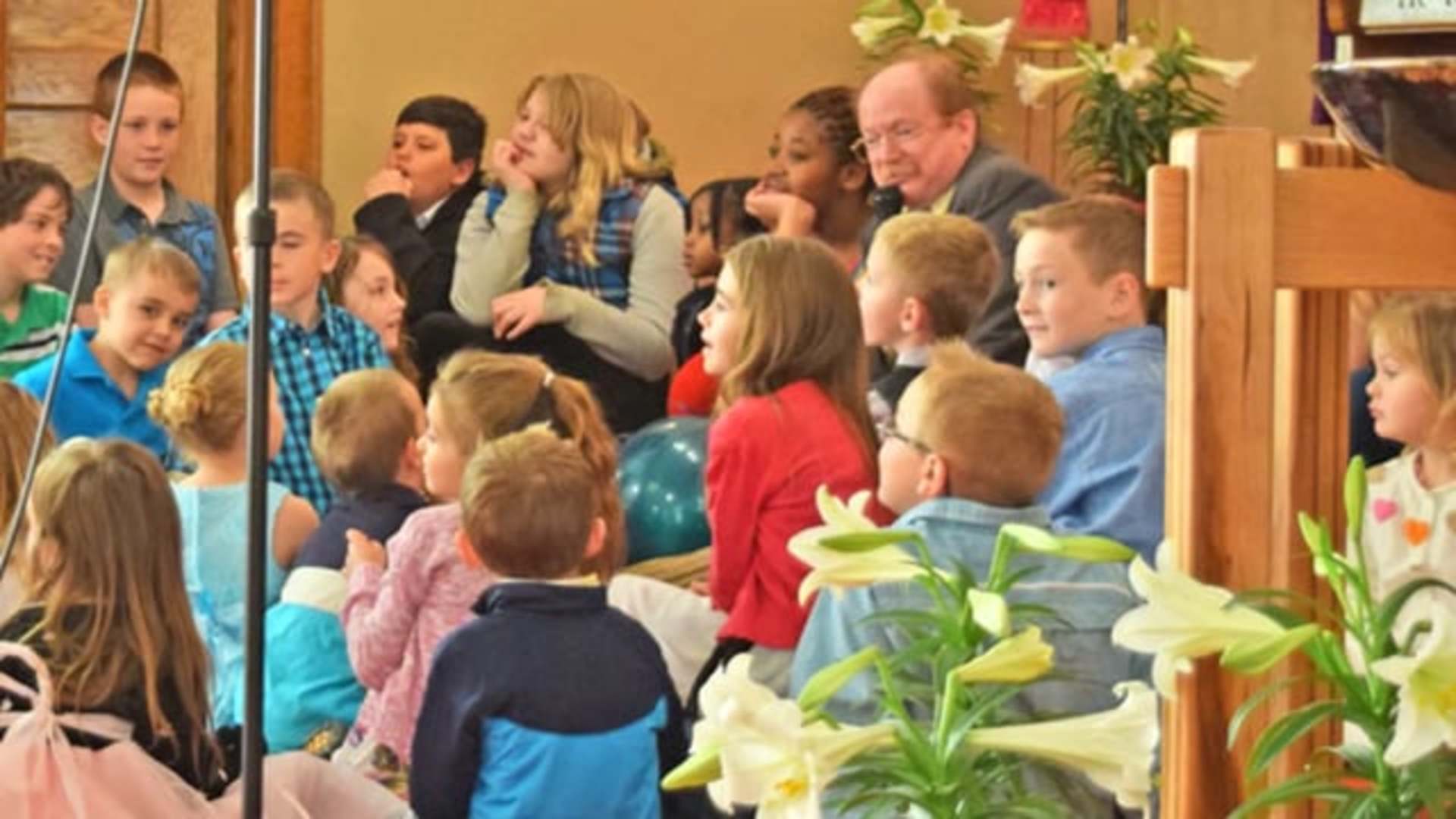