The Dakotas United Methodist Foundation welcomed Kelsey Morgan to their staff in December as a part-time administrative assistant. Kelsey joins Diane Weller, donor relations and development coordinator, and Sheri Meister, executive director, to move the Foundation forward in its commitment “to build relationships that encourage giving to the Foundation to provide educational and financial resources to individuals, ministries, and churches affiliated with the Dakotas Annual Conference to further the Kingdom of God.” (Mission statement from the Foundation website). 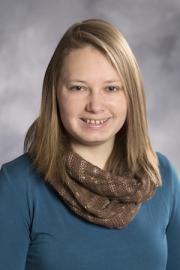 Kelsey said about her time working with the Foundation so far, “It’s cool to see how the Foundation acquires gifts and how the giving is so relationship-based.” One of the first projects she's been working on is improving a database of donors so the Foundation can reach out in new ways.

Kelsey (Warns) Morgan grew up in the Madison UMC in Madison, SD, and is a 2016 graduate of Dakota Wesleyan University in Mitchell. Kelsey and her husband, Trevor, both transferred to Mitchell from Dakota State University in Madison, and were married in 2016. Trevor works in IT support for Santel Communications in Woonsocket, SD. Photo: Kelsey Morgan, by jlynnstudios.

At DWU, Kelsey majored in Christian leadership, with a minor in psychology. In addition to pastimes of reading, puzzles, hiking and photography, Kelsey is an avid volunteer who loves working hard on mission trips. 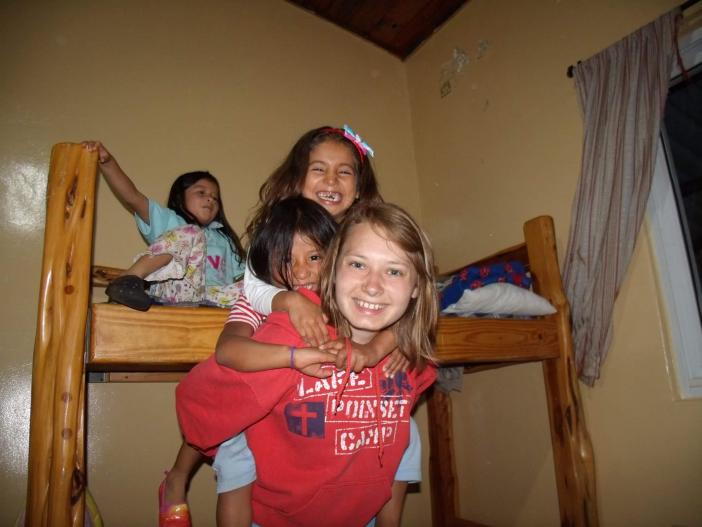 Although her first mission trip to Guatemala began with digging trenches for sewer lines on a mountain slope during heavy rains, she returned there four more times and eventually spent many hours working at an orphanage named Casa Angelina. The groups Kelsey traveled with, built and painted houses and worked in a variety of ways to help the children there. Kelsey went on mission trips to Chicago and Omaha, and spent time working at an orphanage in Peru with a mission group from DWU. Photo: Kelsey Morgan at the Casa Angelina orphanage during a mission trip to Guatemala. Courtesy photo.

Working for the Foundation, Kelsey is looking forward to helping people see the potential of their gifts within the Conference and throughout the world. “I’ve enjoyed the work so far,” Kelsey said. “Everyone has been very fun and kind to work with, and Diane and Sheri have been very helpful to me in my first ‘real’ job.” Kelsey can be reached via e-mail here.