Instead, speaking the truth in love, we will grow to become in every respect the mature body of him who is the head, that is Christ. Ephesians 4:15

“Leadership is about serving others, not about serving me. The kind and clear leader makes it about you—your potential, your growth and your development,” Holly Brown, executive pastor for Embrace Church. 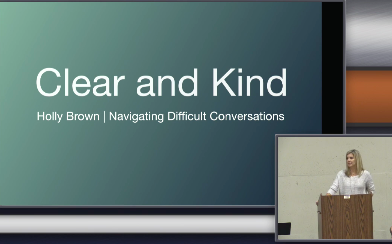 Brown presented one of the five Lead Expectantly talks at the 2017 Fall Leadership gathering held at Pierre First UMC, September 22-23.  “We have all been in organizations or cultures where everyone is struggling or the organization is being brought down because a difficult conversation has not taken place,” said Brown. Photos by Dave Stucke, Dakotas UMC. Holly Brown addresses the event.

Brown reported that 85% of employees are unsatisfied with the quality of communication that takes place in their current workplace. Most employees, 81%, would rather have open communication than another other perk such as top health plans, free food and gym memberships.

“Leaders have communication defaults on a linear spectrum of clear to kind,” said Brown.  Clear communicators are often seen as authoritative resulting in a culture of fear, high turnover and a demand for high performance. Kind communicators are often seen as passive leaders who are people pleasers. Kind communications often results in a culture of sanctioned incompetence, low performance and low turnover. 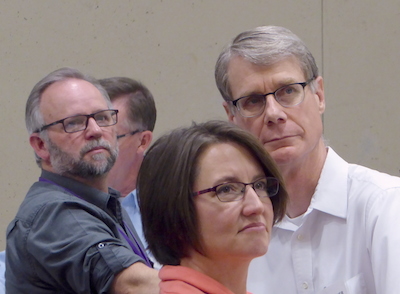 Church leaders often find themselves in the kind communicators category.  “We tend to have a heart for God and default to kindness,” described Brown. “Kindness looks prettier in a race to your potential but clarity wins every time.”

A leader who practices a balance of clear and kind communication gets these results: a thriving culture, healthy turnover, high results and high capacity leaders.  Clear and kind communicators address the issue head-on and are honest even when it hurts. Clear and kind leaders show empathy and ask for the other side of the story.  Photo: Clergy and laity from across the Dakotas gave thoughtful consideration.

“A clear and kind leader will take time to listen before taking action,” states Brown. “Kindness is not flattery. It is open and honest, saying—‘Here is where I am struggling.’  It is not saying things not confirmed or believed to be true just to be kind.” 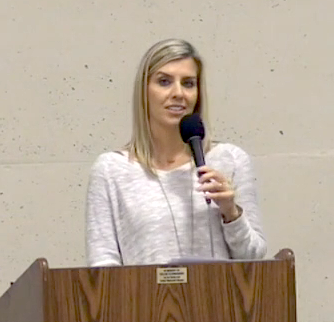 When do you need to have difficult conversations?  Brown shares that a difficult conversation is needed when leaders find themself in these situations: things that keep you up at night, you are feeling micro-managed or you have to micro manage someone, you are experiencing relational distance, or you are wanting to talk to someone else about an issue instead of the person directly (gossip).

Steps that Brown outlines about how to navigate a difficult conversation are: set up the conversation for a time of focus and respect, stop and listsen to their response, state an action list with a set timeline and who will own the actions. Photo: Holly Brown.