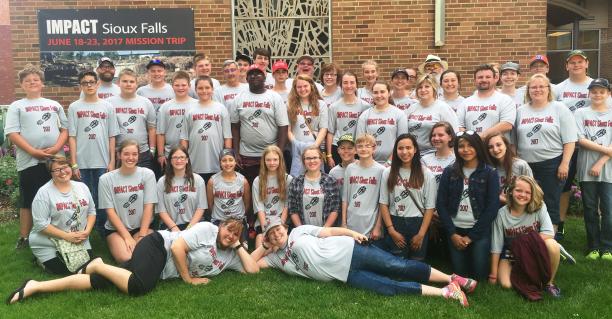 What do peanut butter sandwiches, wheelchairs, Wild Water West, backpacks, and dancing have in common? They all are pieces of a greater adventure called IMPACT SIOUX FALLS. Seventy-five youth and adults representing five congregations worked over five days at various places of mission throughout the city of Sioux Falls. The event was the dream of Andrea Johnson, Pastor of Youth and Families at Sioux Falls First UMC as an avenue to share God’s love and ignite a joy for service in youth grades 6-12.

Beginning bright and early at 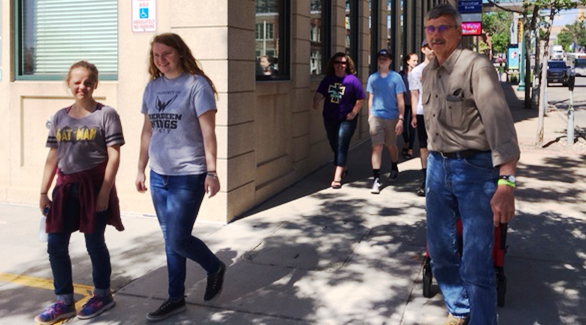 6:15 on the morning of Monday, June 19, it was nonstop work, laughter, and connecting with strangers who became friends. The places of mission included The Banquet, Feeding South Dakota, Furniture Mission, an overgrown yard of a single student-mom, Kids Against Hunger, Hope Haven (a wheel chair salvage and reconstruction mission), the streets of downtown Sioux Falls with Church on the Street, and neighborhood VBS.  Photo: IMPACT Sioux Falls participants helped out with Church on the Street. Photo by Lou Whitmer.

A Thursday evening block party hosted by SF FUMC and staffed by the mission teams finished up the week on a high note. Snow cones, cotton candy and 400 hotdogs filled stomachs while music from a DJ filled the air as people from all walks of life danced and enjoyed themselves. 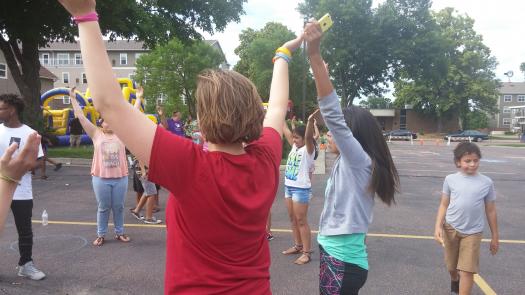 Photo: Having fun at the Block Party. Photo by Lou Whitmer.

The adults working alongside the youth said that a positive from this was that it provided a mission trip opportunity for youth under age 16. Discussion is already underway about a similar event next summer, possibly in Fargo, ND.