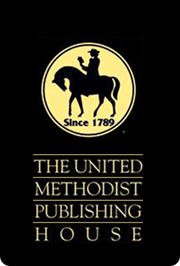 The United Methodist Publishing House board’s decision to close its 57 Cokesbury brick-and-mortar stores — including 19 seminary stores — will affect about 285 full-time and part-time employees. The news already has dismayed a number of United Methodist customers. Store closings have been underway since 2010. The one retail store in Michigan, located in Plymouth, closed its doors in  January 2011.

“There is a sense of loss,” said the Rev. Donna Hankins-Hull, associate pastor of children and family at First United Methodist Church in Little Rock, Ark. She said she would miss her visits to the Cokesbury store that shares a building with her church.

Neil Alexander, United Methodist Publishing House president and publisher, described the redirecting of resources as a needed change in an increasingly digital landscape. “I have the highest admiration for the staff teams at the stores whose dedication and skills amaze and delight so many customers,” he said. ”Having the stores close and the staff leave is wrenching and deeply disappointing. But as painful as it is, it is also financially and practically necessary.”

The Publishing House has launched the initiative CokesburyNext to redirect resources to Cokesbury.com and extend the hours of the Cokesbury Call Center (1-800-672-1989) to 24 hours a day six days a week by early 2013. Until the end of the year, the call center’s hours extend to 10 p.m. Eastern Time.

Cokesbury also plans to expand its presence at special church events such as annual conference sessions and vacation Bible school showcases. The retailer expects to deploy more than 40 sales representatives to work directly with customers at their churches and other ministry settings.

“What’s most important about the (Nov. 5) announcement are the ways through CokesburyNext that we are dedicating resources to continuously improve Cokesbury.com, expand the hours and services at the toll-free Cokesbury Call Center, enlarge our team of local Cokesbury sales representatives and plan for more special events that provide for hands-on product review in partnership with annual conferences, districts and local churches across the connection,” Alexander said.

But he also acknowledges economic realities make operating the Cokesbury stores no longer financially viable. He said the stores had fixed operating costs in the 2012 fiscal year that were about $2 million greater than their combined sales.

Online retailers and ebook sales have put increasing pressure on both chain and independent bookstores in recent years — with last year’s shuttering of Borders as the most prominent example.

Alexander noted that Augsburg Fortress, the publishing ministry the Evangelical Lutheran Church in America, recently announced the year-end closing of its last U.S. retail store at Luther Seminary in St. Paul, Minn. In the last decade, thousands of Christian bookstores have shut.

Cokesbury customers also are increasingly turning online. A recent customer survey found that only 15 percent of Cokesbury’s customers shop exclusively at its stores, according to a Publishing Houes statement. In 2009 research, and again in 2012, more than 70 percent of customers surveyed indicated that they did not have a Cokesbury store “within driving distance” and that Cokesbury.com was their shopping preference, Alexander said.

Cokesbury stores will close based on local circumstances such as lease expirations. All locations will end business no later than April 30, 2013. Plans for each store are at CokesburyNext.com.

The Publishing House plans to make a concerted effort to help the 185 full-time and 100 part-time staff at its Cokesbury stores to find new work, providing outplacement services and severance packages.

The United Methodist Publishing House, founded in 1789, is the denomination’s oldest and largest agency. It receives no general church funds and operates as a self-supporting nonprofit. Its Cokesbury retail division takes its name from Thomas Coke and Francis Asbury, the first two Methodist bishops to the United States.

The Publishing House traditionally has devoted any net income from Cokesbury back to the church. Cokesbury profits have helped finance clergy pensions, particularly in the Central Conferences — the denomination’s regions in Africa, Asia and Eurasia. Its revenue also have helped support churchwide initiatives such as Change the World and Imagine No Malaria.

The Publishing House released $5 million to support the Central Conference Pension Initiative between 2004 and 2008, reports the United Methodist Board of Pension and Health Benefits. Of those funds, $3.3 million went to U.S. annual conferences, which often chose to pass the funds to the Central Conference Pension Initiative. The Publishing House also supplied $100,000 of the pension initiative’s start-up costs.

Two years ago, Alexander said, the Publishing House “made a significant investment in a new merchandising approach for the stores, employing an industry veteran in Christian retailing and adding staff to our buying and merchandising department.”

It was one of many efforts to increase sales in the stores, particularly in those categories that support impulse purchases and that typically require a “see and feel” buying experience, he said. Cokesbury retailers made changes in product selection, store layout and merchandise display. But the sales volume was insufficient to support additional costs, and store traffic did not increase, he said.

“(The Publishing House) has operated in the black for years by balancing costs and revenues across all channels,” Alexander said. “Our expectation is to continue to operate in this manner and to generate the required funds for capital investments in new technology, start-up costs for innovative publishing and sales programs, funding for our staff pension and health benefit obligations, etc. CokesburyNext is designed to assure a vibrant and financially viable Cokesbury future.”

A sense of loss

Still, many United Methodists like Hankins-Hull have expressed disappointment at the news.

The store’s staff “are able to direct you to resources,” Hankins-Hull said. “I’m going to have to set aside a lot more time for planning because I’m not always going to get it right.”

However, she also observed that the Arkansas store’s downtown location, distant from any shopping center, and its limited weekday hours made it difficult to reach for many potential customers.

On the  United Methodist News Service Facebook page, more than 60 people have commented on the news of the store closures. Eighteen did so within the first 16 minutes of posting.

“How will we order custom robes and browse through curriculum and impulse buy books?” wrote the Rev. Sharon McCart, facilitator of DisAbility Ministries in the California-Pacific Conference. “I really don’t like this idea.”

“This makes me very sad! there is no substitute for the hands on shopping experience in a Cokesbury bookstore,” she wrote. “I regret their decision. So will many pastors and other Cokesbury fans!”

Alexander said he is aware of the complaints.

“We want to encourage people who may not have shopped with Cokesbury.com in the past year to take another look,” he said. “There have been many changes and improvements. We are also eager to hear any and all specific concerns and questions because we are committed to make every possible effort to address them quickly to meet ever-changing customer demands.”

Cokesbury.com is powered by Google search systems, he said. The Google support driving the site’s search engine has been upgraded again to stay current with industry standards, he added.

Cokesbury.com also soon will add a “Live Chat” feature and expand the teams of specialists who will provide information and counsel about various products for Sunday school, Bible study, leadership development, worship planning and other church-related topics.

Alexander said Cokesbury can be positioned to compete with such online behemoths as Amazon and Barnes and Noble.

“Cokesbury offers a unique and specialized set of services and product arrays tailored to the specific needs of churches, their pastors, staff and volunteer leaders,” Alexander said. “And by shifting the economic framework for its retail operations, Cokesbury will continue to be very price competitive.”

CokesburyNext will be rolled out throughout 2013, and the last Cokesbury local store is expected to close by April 30, 2013. More information on CokesburyNext is available at www.CokesburyNext.com.