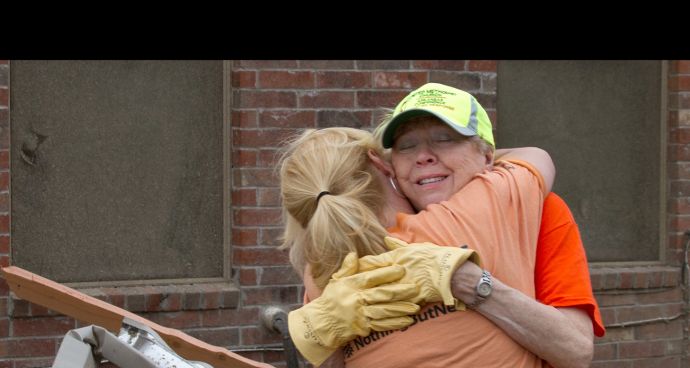 Bishop Gary Mueller of the Arkansas Annual (regional) Conference toured the devastation in Vilonia on Tuesday, including the church. He earlier released a video, updating conference members on the extent of the damage and outlining relief efforts.

He noted that many had contacted the conference already, wanting to know how to help. "I'm so grateful for your overwhelming support," he said.

Deadly tornadoes that swept through the upper South and Midwest April 27 had United Methodists, among others, assessing damage and preparing to offer relief.

By the next day, at least 15 deaths in Arkansas alone had been blamed on a fierce tornado that cut through 80 miles of suburban Little Rock, Ark., with the towns of Vilonia and Mayflower particularly hard hit.

Rescue workers were still searching for survivors in Vilonia, where many homes and buildings were destroyed, including a $14 million public school set to open this fall.