Voting and the Common Good

/
News
/
Voting and the Common Good 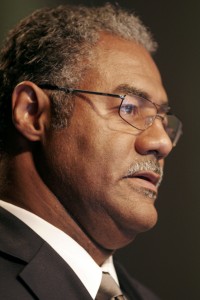 Nov. 6th is Tuesday.  I am hoping United Methodists will maintain a long-standing practice of being full participants in the election of public servants in our national, state and local government.

Nov. 6th is Tuesday.  I am hoping United Methodists will maintain a long-standing practice of being full participants in the election of public servants in our national, state and local government.

I tend to ask certain questions when determining my opinion on candidates.

Will they champion the best interest of children, the marginalized and the most vulnerable citizens?

Will they work with other elected officials of the opposite party?

Are they accessible to all the people they desire to represent?

I am not willing to tolerate acute and sustained generational poverty, neglect and abuse of the environment. Brueggemann asks the question, Can the simple “concept of neighborliness” show us the way toward a greater common good?

On Oct. 30, from 6 p.m. to 8 p.m.,  children came to our home for “Trick or Treat” called “Beggars Night”.  All sizes and ages of children including some high school students collecting canned goods for community food pantries.  There were some cute jokes and fancy costumes.  There were children from the immediate neighborhood and some who had traveled from other communities to collect candy.

When I ran out of candy at 7:15, my wife directed me to some additional candy that was reserved for a later event. When all the candy was gone the children continued to visit houses that had not run out. The spirit of the children and adults was one of neighborliness and hospitality.

I don’t want a world where we have to beg for common decency and respect for all of God’s children. So I will continue to encourage all who care for the common good to pray, vote and live with the common good in mind.

*Bishop Trimble is the resident bishop of the Iowa Area of The United Methodist Church.