Sinners, Outcasts and the Poor

/
News
/
Sinners, Outcasts and the Poor 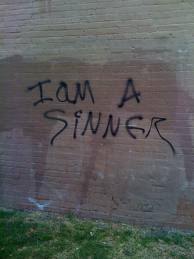 Hi, I’m Greg Kroger, Director of Ministries for the Dakotas Conference.  This week in our study we consider the am ha-aretz, the people of the land.  As pastor and author Adam Hamilton explains, these were people often described in derogatory terms.   “Proper” religious people had little regard for the am ha-aretz.  Yet these were the very people with whom Jesus spent a great deal of time.  He healed the sick, fed the hungry, and ate with sinners.  In doing so, he elevated those that others were trying to put down.   Jesus proved himself to be a friend like no other to the people of the land – people that included sinners, outcasts and the poor.

Through accounts such as the calling of Matthew, a despised tax collector, to be a disciple – and the embrace of lepers and Samaritans, society’s outcasts – and the great reversal of riches and poverty described in the story of the rich man and Lazarus – Jesus’ message is clear – following in his footsteps means loving our neighbors – especially those seen as the sinners, outcasts, and the poor of today.

As United Methodists, the roots of our movement are firmly grounded in such love.  John Wesley practiced and strongly urged ministry with the poor.  Professor Randy Maddox of Duke Divinity School, and a clergy member of the Dakotas Conference offers a summary of Wesley's long-running correspondence with Miss J. C. March.  Miss March was a young woman of means who found it difficult to visit and make friends with the poor because of their supposed lack of good taste and good character. Wesley responded: "I have found some of the uneducated poor who have exquisite taste and sentiment.... And they have (many of them) faith and the love of God in larger measure than any persons I know."  To follow Jesus, to preserve the timeless contributions of the Methodist and other related movements, means growing beyond our inhibitions and building relationships with those whom we are tempted to hold in unjust, low esteem.

I know that I deal with such temptations – will I look the other way when I see person in need of assistance approaching me on a sidewalk?  Will I hold onto smug, self-satisfaction with my place in life while observing with silent disregard, even contempt, the mass of humanity filling a crowded store?  Will I be generous in sharing God’s resources with those in need or be cheap and stingy in my response?  Will I be forgiving toward those who have in some way messed up their lives and are struggling to get back on track?  The questions could go on and on… but I think you get the point.  I hope we’re all able to recognize our urgent need for God’s grace to embrace those we would otherwise hold at arm’s length.

I believe that God is already at work somewhere in our lives to connect us with those who are the people of the land in our time.  Several times Pastor Adam writes that there is perhaps a backstory to each of those stories in Scripture where we see Jesus at work.  Here’s a story with a backstory.

Recently, I heard Pastor Teri Johnson of First United Methodist Church, Brookings, describe how she and her family welcomed a special guest into their home.  Robert had faced significant challenges throughout his life and was being victimized in an extremely abusive home environment.  He could not stay at the local abuse shelter since it was for women only, so a social worker contacted Pastor Teri to see if the church could help find Robert a safe and welcoming home.  The social worker explained that the church had developed such a reputation in the community through its food and outreach ministries that it was only natural to turn to the church with this need.  Friends, that’s the backstory here, a church that loves and serves the people of the land is a church being prepared to love and serve even more.  Now here’s the rest of the story.  Pastor Teri confidently said the church could find Robert a home and asked the social worker to give her a little time to make the arrangements.  When the social worker made a follow-up call – Teri immediately realized she hadn’t made any arrangements!  Without hesitation she replied, “yes, we have a place, he can stay at our house.”  Teri and her family have come to know and love Robert; the whole congregation has expressed their love and support for him.  And Robert, supported by this congregation in so many ways, now has housing on his own and a huge church family by his side.  I think that’s a pretty good picture of what it means to follow in the footsteps of Jesus.

Let’s encourage one another in this way… this way of life… this way of discovery and growth… this walking in the footsteps of him who is the way, the truth, and the life.

Thanks be to God.  Amen.

CLICK HERE FOR A PRINT COPY OF THIS MESSAGE

Sinners, Outcasts and the Poor from Dakotas UMC on Vimeo.