Thanks for the Battleaxe

/
News
/
Thanks for the Battleaxe 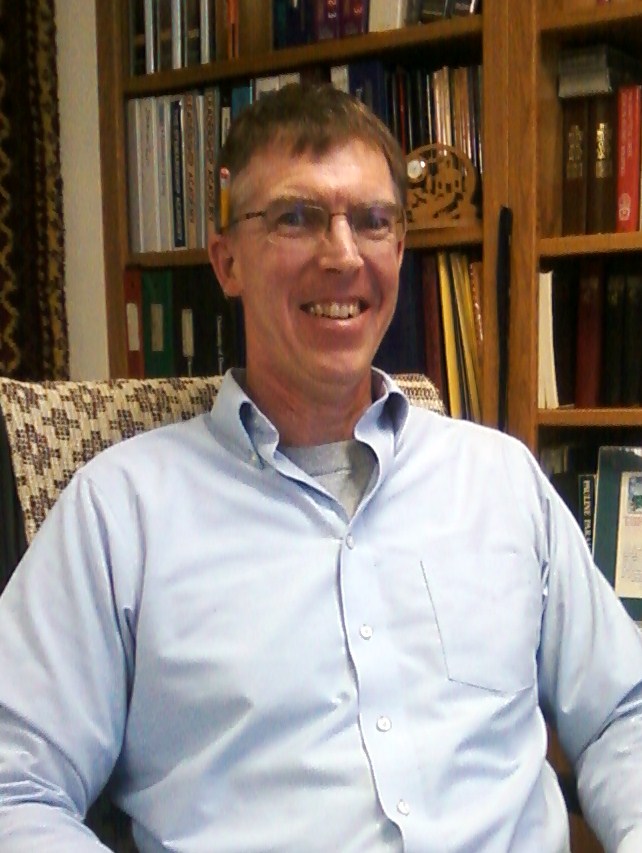 In my growing years I only knew one grandparent – my grandma.  She was a tough old woman, hard on the outside but soft n the inside.  Because we always lived quite a distance away, we only got to see her once or twice a year as I was growing up. She had a tongue twice as sharp as any razor blade and was never afraid to speak her mind to you.  Her name was Manda, but as a young woman people started calling her Mary.  Much of the town of East Grand forks, MN, simply knew her as Grandma Mary.  However, to us her grandchildren (who knew her pretty darned well), she shall always be simply know as the “The Battleaxe.”

Now, at this point in the conversation, you may well cringe when you hear a disrespectful name like that bluntly spoken.  “The Battleaxe.”  Actually, when my siblings and I speak the name yet today, we say it with respect.  She was tough and met life head-on.  Born in Canada, she was the second of twenty children, growing up in poverty and hard work.  She was present at the birthing and dying times of multiple of her siblings.  When there were too many mouths to feed with not enough food in the house, the neighbors took her in at around the age of ten.  At seventeen she came south across the border to live in the Grand Forks area.  There Grandma went to work.  She worked at the Star Laundry – we have the picture.  She worked at a slaughterhouse – We have that picture, too.  It’s a picture of about fifty workers posing for a formal photo.  Grandma is the skinny one in the middle of the bunch who is trying so hard not to laugh, but failing miserably as the joke they were sharing came while the camera’s shutter was open.

She knew how to pick potatoes, and in the Red river Valley of the North there were a lot of potatoes.  Dragging a hundred pound gunny sack up and down the rows during the depression, she would come home in such stiffness and pain after a day of picking that she would have to crawl up the steps to get into the house.  During harvest times, she would stand on the back steps and bicker with the produce salesmen, buying overripe tomatoes for a nickel a bushel and then staying up the entire night to can every single one of them.  She knew hard times and hard work.

Grandma also knew Jesus.  She met him back in the twenties – somehow, somewhere.  It changed her life as well as her family.  On any given Sunday she would walk over the Red River bridge to the Methodist Church in downtown Grand Forks.  Some of you may actually remember it – the stately brick sanctuary with graceful steeple standing above the downtown businesses.  It was about a mile from her home.  She walked.  Always wearing a hat (most often navy blue).  Almost never wearing gloves (although at 30 below on a North Dakota morning she would put on a pair of those thin white kid gloves women of her generation used to wear).  She was the lady at the back of the church that after worship would shake almost as many hands as the preacher.  She knew everybody, and everybody knew her.

Somewhere in there I was born, and I grew to know a lady who was always tough with her grandkids – loving, but tough.  We learned what to say and what NEVER to say in front of her.  We learned to expect to work hard when we visited her.  We learned that you WILL eat everything on your plate when you sit at her table.  We learned to listen first to the conversation before entering the room where she was.  (There were times when her steam was up that you quietly decided you really didn’t need to go into that particular room right at that particular moment.)  She was hard.  She was tough.  She was our Battleaxe.

Sloppy kisses – she always greeted us with a sloppy kiss on the cheek and said goodbye with a sloppy kiss (same cheek).  In between those kisses there were times of work and conversation.  We would always try to do whatever needed doing around the house and yard for her.  As she aged, she became more cobbled up.  Her arthritis became more pronounced.  Her weight made it difficult for her to navigate outside of her house.

And then Thanksgiving would come.  All the leaves of the dining room table were put in.  The card table was set up for the kids.  The mashed potatoes where mashed, and the sweet potatoes were sweet.  The turkey was beautiful, and the black olives were places on all the fingertips of the kids.  And our family sat down to hold hands in prayer once more.  The Battleaxe sat at the end of the table.  In those moments she ceased to be the Battleaxe.  She became the woman who rejoiced when each new grandchild was born.  She became just grandma, sitting at the end of the table, eyes looking over the spread to inspect that everything truly had made it from the kitchen to the feast.  For, better, for worse, she was just Grandma.

But you don’t have to.

Every single year we as a family look down to the end of our table where the Battleaxe used to sit.  It has now been twenty-seven Thanksgivings since Grandma has been in that chair.  I miss the Battleaxe each and every Thanksgiving.  When you sit down to eat at your Thanksgiving table this coming week, leave the grudges somewhere else.  Leave the anger….the caustic remarks….the arguing….the ancient disappointments.  It’s OK.  Let it go.  Let it be.  Take a moment to thank God for the Battleaxes in your life.  I know it’s hard.  But try.  There are not always going to be there, but they are right now.

Thank you, God, for our Battleaxes.

P.S. – Who is it you need to thank this coming week?