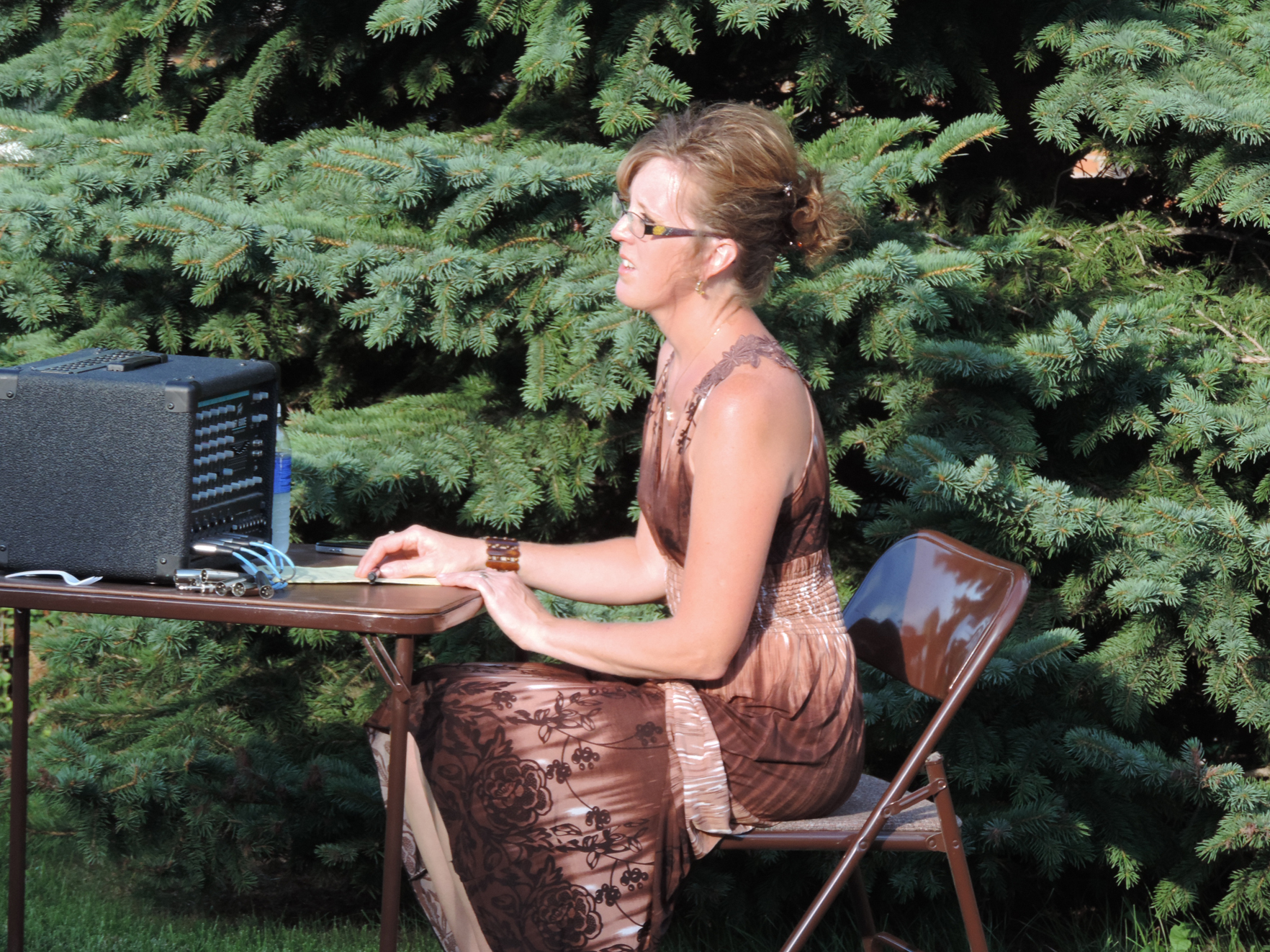 Wessington Springs, South Dakota, population just over 900, has developed and maintained a Shakespearian Garden for several decases.  Each summer several events are hosted at the garden including “ Music in the Garden,” each Thursday evening throughout the summer mounths.

When asked for the official name of the group, Lisa Edwards responded  “We still don’t really have a name yet – We’re still the ‘Ever Evolving Praise Band’!  We’ve only been doing this since December 2012.”